a quality of cosiness and comfortable living that engenders a feeling of contentment and well-being (regarded as a defining characteristic of Danish culture).

I hope this month’s little letter finds you well. I am loving the cooler autumn mornings and nights here in NSW. We have enjoyed some amazing days with bright blue skies and long shadows cast by the rays of the warming sun. As I write, today’s forecast looks like rain so I am planning to bake a big batch of rock cakes. They infuse the house with their lovely scent of spices and are perfect with a cup of tea. The discovery of a preloved rug, rescued from a council clean-up has sparked a new craft project and so, below I show you how I turn an old rug into great floor cushions. For those rainy days, I am sharing with you something wonderful to watch and listen to and because I love flowers, a favourite flower of mine that just keeps giving…

I wish you a cozy month of June. I hope you will find joy in some of the suggestions below.

On my morning walks there is always the added element of excitement as I look for treasures that are put out for collection during council clean-ups. Over the years I have found many great things, like rattan lounge tables, cool wooden benches on which I store my books and a bunch of indispensable baskets. One day I was especially lucky to find a huge kilim rug in the most adorable colours. It was discarded because of its holes but I immediately saw that I could turn it into beautiful cushions for our outdoor area. I sewed everything I could on my old sewing machine and the parts that were too thick I stitched by hand. I have a few inside on the floor and they are often used for a quick nap by both humans and dogs! This is a favourite recipe found many years ago in an issue of Country Style magazine. The recipe was contributed by a reader whose grandmother always made these for her family of 17 children. The story of a mother always making sure that she had Rock cakes available for her tribe of hungry kids left a big impression. In our house they are a special treat.

Whisk egg and 4 tablespoons of milk in a bowl until combined. Make a well in centre of flour mixture and pour in egg mixture. Using a round-bladed knife in a cutting motion, mix until a stiff dough forms. If mixture is too dry, add remaining milk and mix to combine.

Place tablespoonfuls of mixture in rough heaps, about 5cm apart, on prepared trays. Bake for 10–15 minutes or until golden. Transfer to a wire rack to cool. Store rock cakes in an airtight container for up to a week. 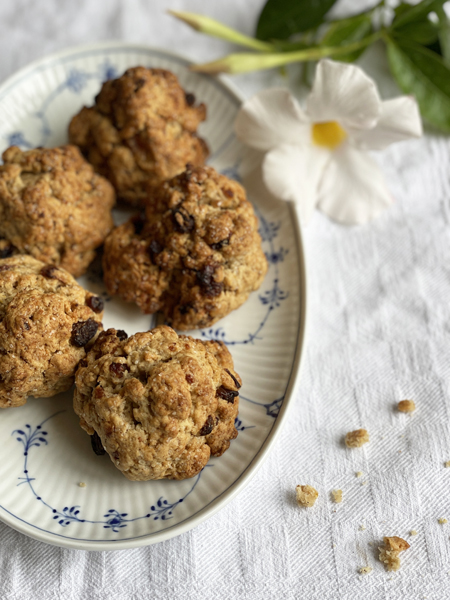 The fourth season of the Danish drama “Borgen — Power & Glory” is scheduled for release on Netflix on Thursday 2nd June 2022. I can’t wait to see Birgitte Nyborg, played by Sidse Babett Knudsen, in her new role as foreign minister. I have enjoyed the previous three seasons and have very high expectations for this season too! The trailer looks very promising – press the image to take a look! Creating this letter I have listened to Tina Dickow’s album “Count to ten”. During my last summer before leaving Copenhagen to move to Australia with my husband and two little boys, we listened to it on repeat at the studio where I worked. I am going through a phase of listening to music from the past and appreciating the joy and great memories this brings me. Press the image if you would like to give it a listen! 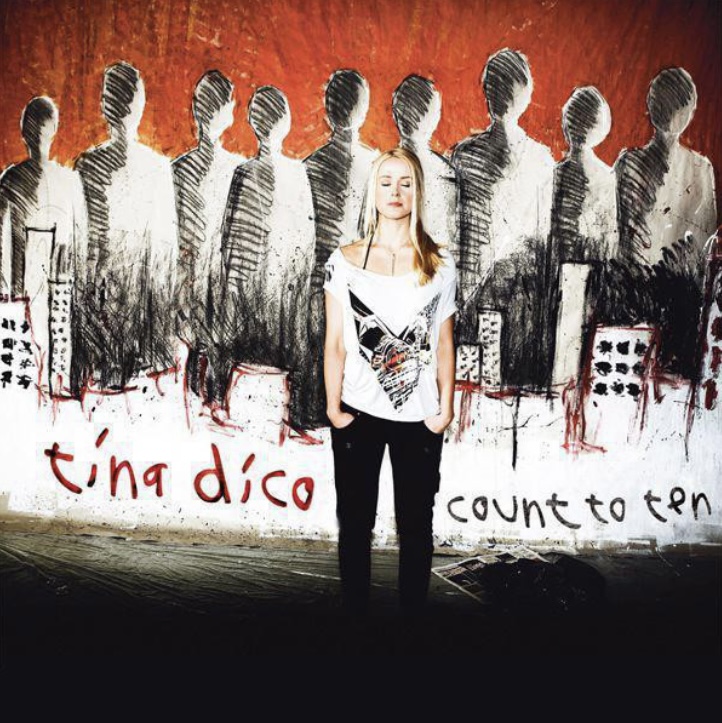 One thing I cherish daily is the ever-blooming white flower planted on our terrace in Sydney. It’s so hardy – it likes the sun and can go a long time without water. It produces the most adorable white flowers and loves climbing along the railing. I recently picked a few branches and they have lasted for more than two weeks now in a vase. It’s the only plant that has ever thrived on the terrace so I am very happy these Diamantina Agathe Mandevilla Sanderi were recommended to me by the local nursery. Do you want to catch up on some of the previous months? Please head to my Journal here: https://lindbjerggraphic.com.au/journal/

Feel free to share “let’s hygge” with a friend…

I wish you a cozy month of June with lovely projects and hygge! We have just adopted five goats to help us keep the grass and weeds down. They are wonderful, playful animals and a pure joy to watch. 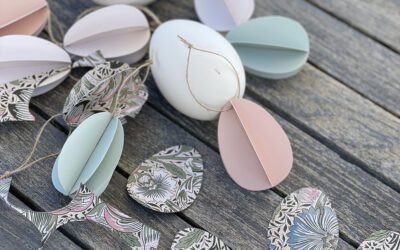 I am so excited that Easter is just around the corner as my parents are coming to visit from Denmark. I have been preparing for such a long time! Here is a simple recipe for pickled nasturtium seeds which I use to spice up our salads. They taste like capers with a twist of wasabi!…